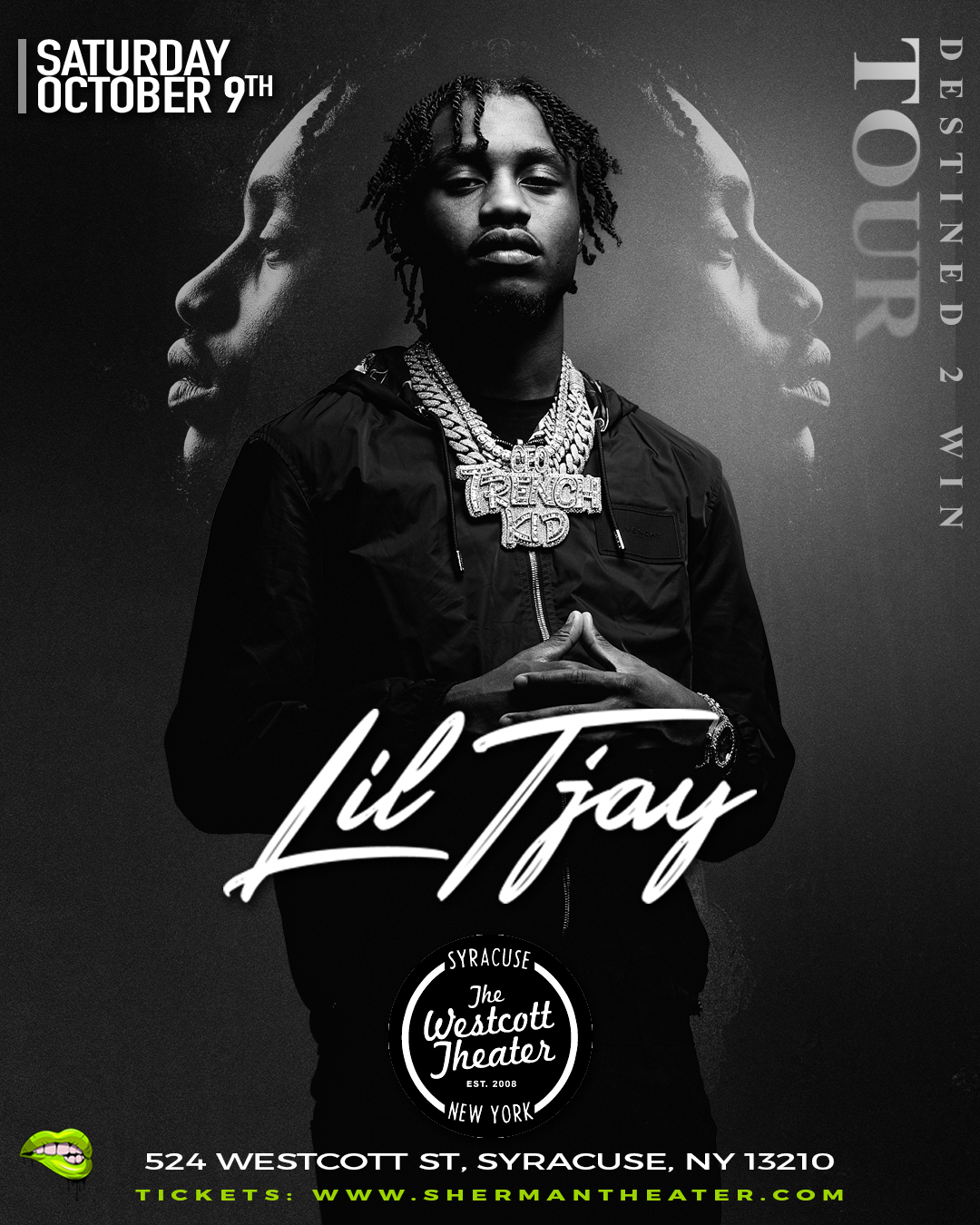 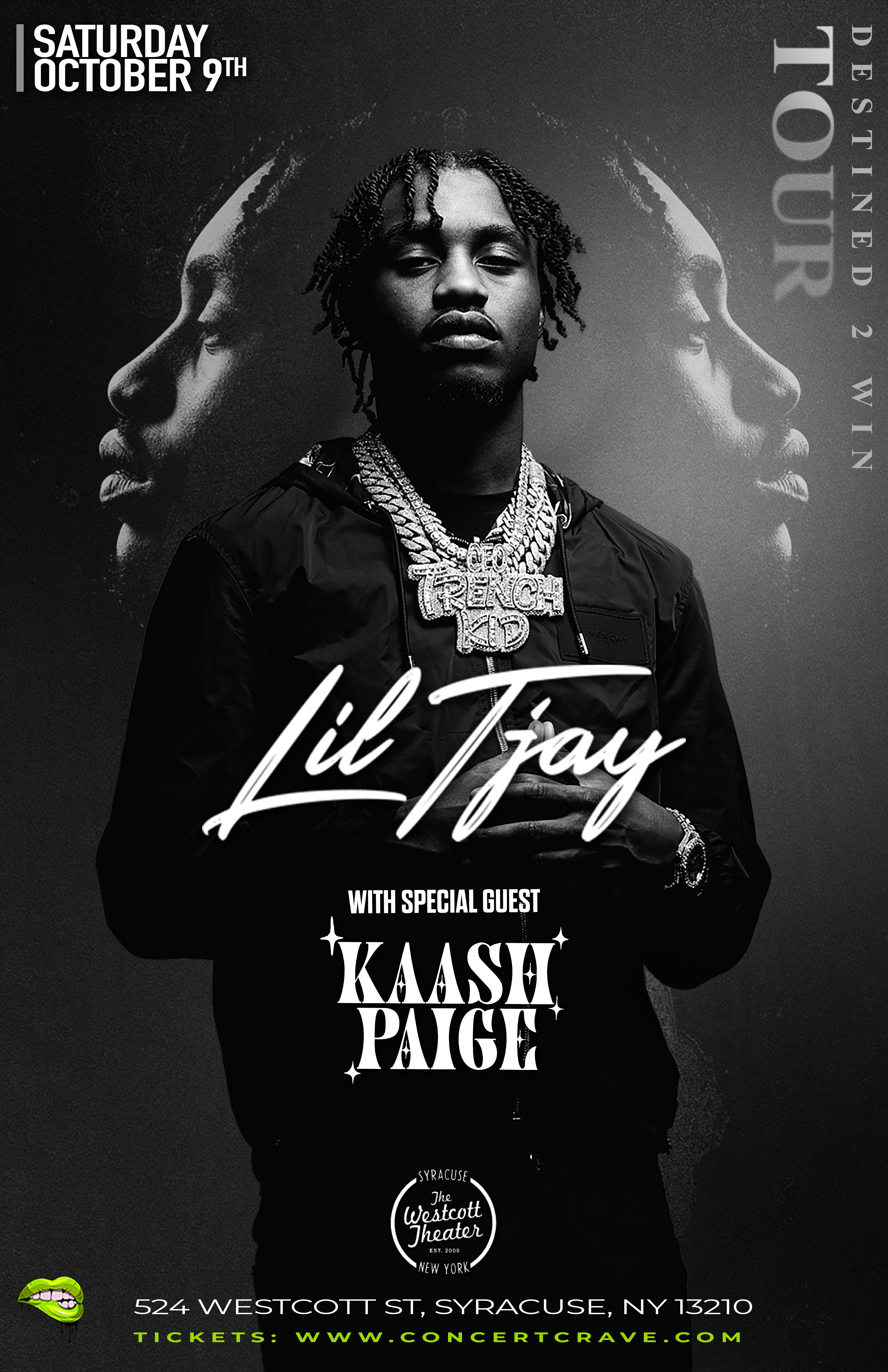 Concert Crave presents…
LIL TJAY "Destined 2 Win Tour" + Special Guests, DJ’s, Support Artists
Saturday, October 9, 2021 | Doors 2:00pm Syracuse, NY – The Westcott Theater
All Ages To Enter | 21+ To Drink
Tickets & Info: www.ConcertCrave.com
Before Lil TJay became the Internet heartthrob with delectable deliveries and streams in the multi-millions, he was just a kid from the Bronx with an equal love for Jay-Z bars and Justin Bieber songs. His mother’s favorite artists (Usher, Michael Jackson) taught him melody. Today, that melody is the 18-year-old’s gift as well as a catalyst for his embryonic hip-hop stardom. To hear the rhyme rookie’s early succession of rap hits is to experience aqua flows and stark hooks as addictive as Instagram’s discovery page. A closer listen offers the biography of a kid who survived adult sins and consequences before he was old enough to drive.
Raised in a NYC neighborhood saturated with gang culture and deficient of positivity, Lil TJay eventually earned himself a year of incarceration. Upon release, he committed himself to finding legal routes toward his music dreams. The studio would be his saving grace and destiny. His first recording birthed the heartless yet catchy “Resume.” Soon after, the flammable “Brothers” would earn him his first Internet smash. The infectious hook and sophisticated harmony snatched ears and eyes to the tune of 58 million plus YouTube viewers. The follow-up, “None of your Love” exhibited TJay’s artistic range as it swam into deeper R&B waters to express a Pitbull’s puppy love. It’s as if Jackson 5 MJ and Future turnt up in some alternate universe.
The independent hits summoned major record labels, resulting in Lil TJay’s first courting season. He weathered the rush, eventually deciding to share a home with Beyonce and Pharrell inside Columbia Records. Shortly after the Bronx native went platinum with Chicago rapper Polo G (Pop Out).The EP F.N alongside a record also named F.N is currently on the rise quickly. Visuals alone for F.N the record racking up over 11M views on youtube. With 1.5M Instagram fans and platinum SoundCloud status, TJ is a rapidly rising star, according to the cream of music media: Pitchfork to The New York Times to Fader to Rolling Stone to countless more. It appears that the future success of Lil TJay will also have no chill button.