The Regrettes w/ Support by: Kississippi 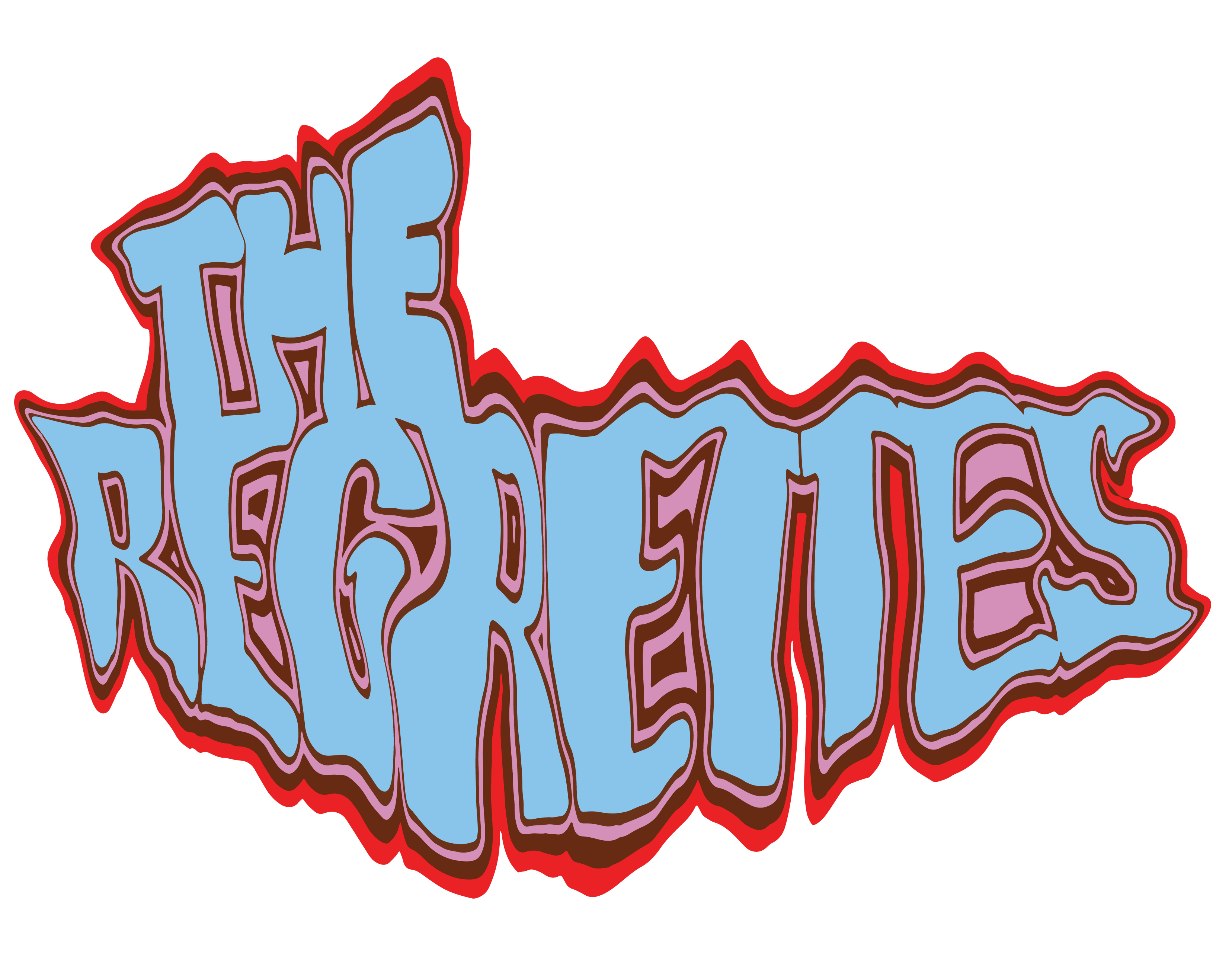 How Do You Love?, the sophomore LP from L.A. power-pop outfit The Regrettes, is a an album about the most universal of emotions: love. Throughout the record, 18-year-old frontwoman Lydia Night details the rise and fall of a relationship—from that first rush of butterflies, through a destructive break-up, to ultimately finding peace and closure.

The album arrives on the heels of a few explosive years for The Regrettes. In 2018, the band— currently rounded out by members Genessa Gariano (22, guitar), Brooke Dickson (24, bass) and Drew Thomsen (22, drums)—released their critically acclaimed Attention Seeker EP, as well the passionate standalone anti-Kavanaugh anthem “Poor Boy,” which ELLE deemed “a feminist call to arms.” The group also dominated the year’s top summer festivals, from Coachella to Reading + Leeds, landing on the covers of LA Times and LA Weekly and earning praise from the likes of Rolling Stone, Billboard, USA Today, Variety, and The Guardian. Together, the group has graced the stages of CONAN and Jimmy Kimmel Live!, toured extensively across North America and Europe, and garnered widespread acclaim from NPR, Vogue, Entertainment Weekly, Consequence of Sound, and many more since the 2017 release of their breakthrough debut album, Feel Your Feelings, Fool!

Taking that momentum in stride, The Regrettes are excited to move into their next era. Night, who wrote the vast majority of lyrics on How Do You Love?, came up with the idea after writing a group of songs about her experiences in various real-life relationships. From there, she says, she “realized that they all fit together and tell a story.”

This story begins with a spoken-word poem, as Night diagnoses the listener as being “infected” with a “love disease.” From there, the album is off to the races: the first song is the recently released standout “California Friends,” a danceable track about the excitement—and the nerves—that come with meeting someone new. “[It’s about] not knowing your feelings towards that person, really,” Night says, “but your gut is telling you that you like them, or love them, but you just know that it’s not what’s easiest [for you].”

A little less than halfway through the record, with the sauntering “Stop and Go,” Night pumps the breaks a bit: “Stop before we lose control,” she sings, “Let’s take a breath before we go, go, go.” She explains that the song is about realizing that her new relationship isn’t perfect: “A lot of times,” she says, “at the beginning of a relationship, there’s just nothing wrong. But then the problems start popping up. [You discover] there’s a lot you don’t like about the person—a lot of [qualities] you don’t think you can be with.”

By “Dead Wrong,” these problems have become insurmountable for Night. And in the last quarter of the record (“Go Love You,” “Hasn’t Hit You,” and “Here You Go”), she makes the decision to leave—and she’s not looking back. “I feel strong in this decision and I am right,” she says of the emotion that inspired those latter songs. “I’m doing what’s best for myself—have you learned that yet for yourself?”

Although Night ends up alone in her story, the tone of the album’s closer (and title track), “How Do You Love?” is hardly bitter. Instead, it’s a self-reflection on the journey of falling in and out of love—with hope for the future: “It’s about finding bravery through [love],” Night says. “It’s about learning and accepting that, yes, you went through a shitty breakup, but that’s amazing—because all that means is next time you’re in a relationship, you know so much more about yourself and about what you want.”

Returning to Night’s original diagnoses of the listener being “infected” with love, the record makes it very clear that The Regrettes are infected, too—but that’s not a bad thing. The band hopes that the album will provide “the cure,” by showing listeners that no matter how they’ve experienced love—whether it’s romantic, platonic, or self-love—they’re never alone.

The night before an L.A. recording session, Kississippi’s Zoe Reynolds spotted a flashy billboard ad for an auto repair shop; “Get In Tune,” it read, an imperative that felt like a call to connect and a call to get better. It took her mind to Bruce Springsteen’s iconic garage-set video for “I’m On Fire,” and almost immediately a new song began to take hold. With bubbly synth pads, atmospheric guitar swells, stacked harmonies and drop-out-ramp up drum beats, “We’re So In Tune” captures the synchronous excitement of new relationship energy in vibrant waves of sound, crashing and receding like an uncontainable impulse.

“A couple people have commented on how it’s NOT in tune,” Reynolds jokingly remarks, citing the Lorde-ian, shout-along gang vocals behind the chorus. “But it doesn’t have to be; I wasn’t in tune with that person, either.”

The song serves as the bar-raising first song on Mood Ring, Reynold’s second full length as Kississippi and first for Triple Crown Records. Like its opening track, the album is full of her trademark talent at channeling deadpan emotional observation into poignant musical metaphors. Kississippi comfortably filters pop grandeur, emo’s deliberate rawness, and Nashville’s studio largeness through a lens of punk camaraderie. Just like the album’s title suggests, Reynolds writes through a spectrum of shifting emotions: elation blending into insecurity and back around into gorgeous awe.

Originally a home recorded solo project for Reynolds to explore her folk songwriting on acoustic guitar, Kississippi cut its teeth touring on Fest-friendly pop punk, and the project solidified its emo cred supporting third wave genre progenitors Dashboard Confessional. But like her earliest songwriting heroes Cat Power and Liz Phair (who Reynolds describes as “vulnerable and weird girl rock stars, which was something I saw in myself”), Kississippi songs transcend genre, and lend themselves just as well to slick arena-ready production as they do rock instrumentation. After working closely with Philadelphia studio mainstay and mentor Kyle Pulley on 2018 debut Sunset Blush, Reynolds felt encouraged to explore the sonic possibilities in electronic-focused pop, taking inspiration from favorite bands like Beach House, CHVRCHES and Purity Ring. She learned to produce with studio software Reason, delving deep into its “fun synth sounds and weird tools” to develop the lushly-layered demos that would inform Mood Ring.

Mood Ring’s cover art—a saturated photo of chewed up, perfectly pink bubblegum displayed in a debonair blue corduroy ring box—evoked some of the outsized feelings Reynolds needed to write through. “I wanted to reflect on my youth while also growing,” she explains. “The album is nostalgic, bringing you back to having a childhood crush and sharing those feelings with your friends.” But like all nuanced pop, moments of brightness divert dark shadows, and the record also grapples with guilt. “I went through a lot of self-doubt while writing, and was trying to find myself.”

Like the innovative pop artists she admires most, Reynolds wanted to push herself creatively, and challenged herself to co-write with Park and additional songwriters. “I used to want total control over all of my stuff—I think that came from being taken advantage of by men in the music industry, and people I played in bands with. But I have more fun when I’m working with other people,” she admits. Mood Ring boasts contributions from Park, illuminati hotties’ Sarah Tudzin (including “Get In Tune” and the ‘80s-inspired synthesized dance-along “Around Your Room”), Los Angeleno writer and producer Derek Ted (on three songs, including the sparkling, explosive guitar groover “Heaven”), as well as Phoebe Bridgers’ frequent sideman Marshall Vore (on the heartbreaking, spacious “Hellbeing”).